Leeds Trolleybus Enquiry ~ What We Are Fighting For

Leeds Trolleybus Enquiry
~
What We Are Fighting For

I'd like to take the opportunity to post a picture which my friend, and co-objector to the Follybus, Chris Foren, Chair of the A660 Joint Council, just sent me of Headingley Meadows, directly behind St Columba's Church on Headingley Lane.

This beautiful piece of land has never been built on in recorded history, although it is possible that there is mediaeval or Anglo-Saxon archaeoogy lying beneath the ground.

The lady who leases this land has told me that she purposely leaves it unfenced on the side where the photographer is standing, and where there is a small road going up to Headingley Castle (now private flats), so that it is publicly accessible for anyone to walk on and enjoy.  Beyond the trees in the distance are two fenced off fields where she grazes her horses which you can see from the top deck of buses as you go by on Headingly Hill.

Leeds City Council with their NGT project want to drive a two lane road with poles and overhead cables through all this (and more) so that trolleybuses can have a short cut with a Headingley bypass.

Headingley has very little green space but the Council want to destroy what little it has, all of which is publicly visible, and part of which is open to the public.  The Council say that they would create a 'pocket park' for public use out of part of this land if they put the trolleybus through it.  While attempting to destroy this land, they perversely claim to be adding to green space by creating a park area which would have a trolleybus running past it one way or the other every three minutes, and which would be a fraction of the existing publicly accessible space.

At every turn the Council and their NGT planners are attempting to degrade our environments and persuade us it is an improvement. 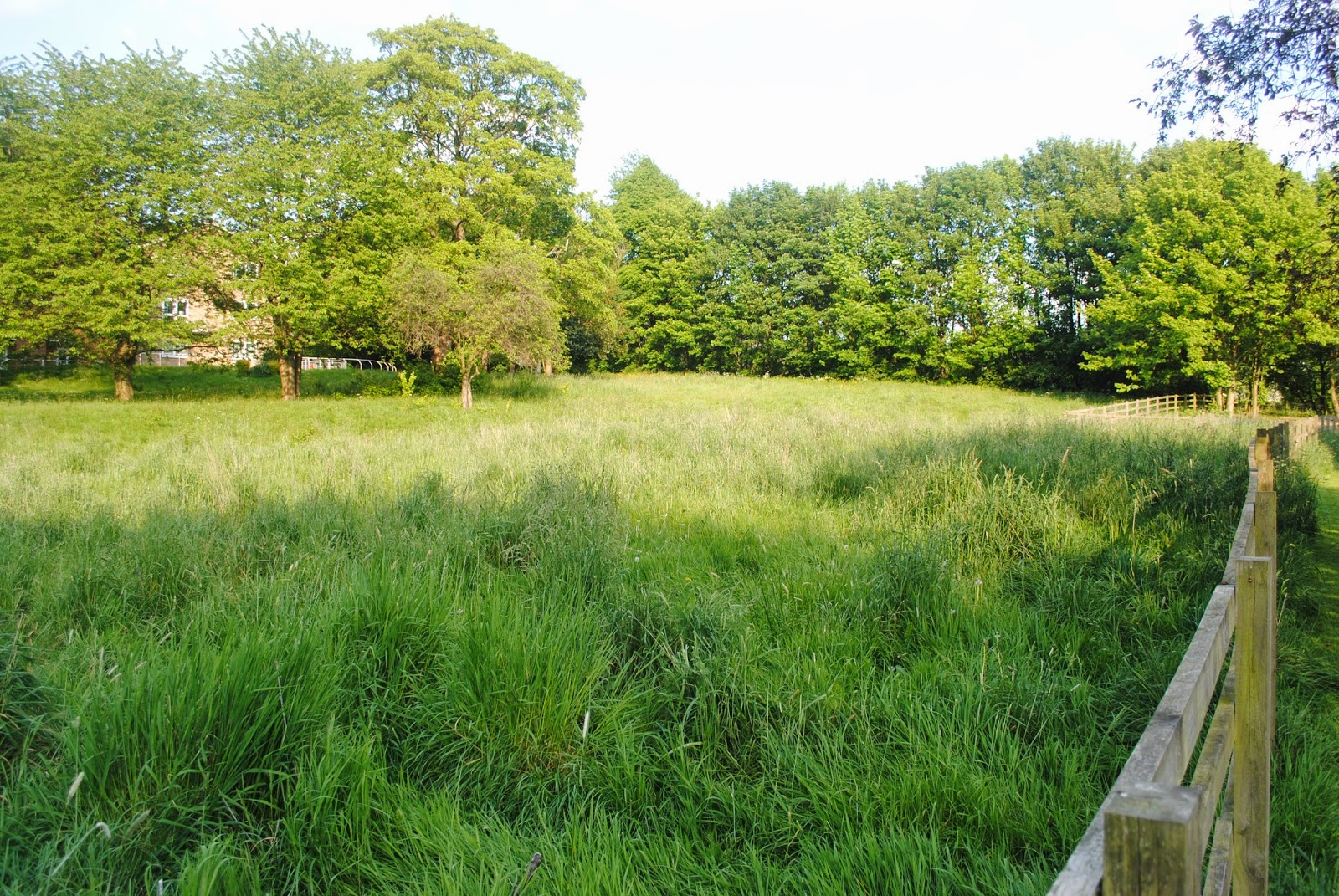 For an inner city area, could you get much better than this?

You can reach this field, which will soon be blossoming with wild flowers, by walking up the small side road next to the telephone exchange by the Original Oak and opposite St Michael's Church.  It is unfenced and open to the public.
If Leeds City Council and NGT cared as much about the environment and public access to green space as the lady who keeps these beautiful fields, they would not be trying to destroy most of it, while claiming to be giving the fraction of it which would remain to the public.

Behind the cameraman there are nearly two dozen majestic Victorian planted trees most of which would be sacrificed to the trolleybus route.  And they talk about creating a public park out of a postage stamp remnant which would have a forty-five foot long trolleybus rolling past every three minutes.  If what was being proposed wasn’t so serious it would be laughable that they think we can be hoodwinked by this sham.

Contact your local Councillor and tell them that you will withold your vote from them next week in the local elections if they do not pledge to resist this insane trolleybus scheme, or write to Cllr Keith Wakefield (Leader of the Council) telling him he should resign for attempting such crimes against the environment and people of Leeds.
keith.wakefield@leeds.gov.uk